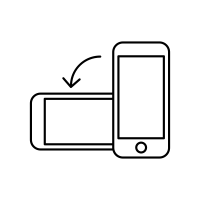 This is a journey through half a century, five decades that stand witness to the progress and prosperity of a new born country. Almost of the same age group, Pakistan and Saigols group, you’ll see in this journey, go hand in hand.

The elder one, Pakistan defines opportunities and the Saigols are continuously the first ones to avail them, rightly calculating when nobody else was doing it. Making the right moves and setting trends for others to follow has paved path of success all these years.

Saigols, having inherited the business tradition from their forefathers an erstwhile family of traders in Calcutta, chose Lyallpur late named as Faisalabad as their base. They set up Pakistan’s first Major Textile mill under the umbrella of Kohinoor textile mills in 1948.

The Saigols have grown with the country. They have grown to fill the vacuum that existed setting up one factory after another, one industry after another, consolidating, and then moving on. From textiles they stepped into chemicals, synthetic fiber, vegetable cooking oil, sugar, engineering, construction and banking-all with equal success.

The Saigols continued to grow at a phenomenal rate. In 1972, however the Government nationalized all banking, chemical, vegetable cooking oil and heavy engineering industries in the country. All the Saigols enterprises that fell into these broad categories- namely united bank, United Chemicals Kohinoor Rayon, Kohinoor Mills, Kohinoor Engineering and Insecticides were nationalized.

As far back as the fifties Saigols felt the absence of chemical industry in Pakistan, and the growing demand for industrial chemicals. This was coupled with the ever-increasing use of man-made fibers in the textile industry. These two factors combined led to the establishment of a huge chemical complex at Kala Shah Kaku near Lahore which still remains Pakistan’s biggest chemical complex. It comprises of the following units:

In retrospect, the journey continued on the basis of successful diversification strategies. Apart from energy and textiles, Saigol Group also ventured in financial services in 1962 by establishing United bank Limited. In 1974, however, Saigols lost the bank because of Nationalization. Later the services were resumed in early 1990’s after the Government deregulated the economy and privatize state run. As a result, in 1994, the Saigol group also launched Union leasing Limited with primary objective to assist the development of private secto

Finally, in 1978, a company with lots of potential but on verge of closure was taken over by Saigol group, now called “PAK ELEKTRON LIMITED”. Initially, this company was set up in 1956 by Malik brothers in technical collaboration with M/s AEG of company (“AEG) that manufactured transformers switch gears and electric motors. However, soon after AEG relinquished shares it was acquired by Saigol Group of Companies. Further expansion resulted in production of refrigerators, deep freezers and air conditioners. PEL also started television production as a result of joint venture with Daewoo Electronics in 1995. In the market it gradually gained momentum in sales with equity participation of Daewoo and 60% contribution by Pak Elektron Limited

In 1987, Saigols further expanded their business by taking over more textile companies including Saritow Spinning Mills Ltd. and Azam textile Mills Ltd. Later on, the businesses were further diversified into fuel and Energy industry. In this respect, Saigol group was not only the first one to identify the power shortage problem but took the first step to encounter this serious issue that could have severely affected the whole nation. In this attempt, Kohinoor Power ltd. was formed in 1991. In 1995, further to stay on firm grounds of energy and fuel, Kohinoor Energy ltd, brainchild of Azam Saigol was formed in support of Government of Pakistan.

Early eighties stand witness to a new revolution of rapid progress in the world of electrical technology. Keeping pace with the times Saigols, decided to enter the ultra sophisticated sphere of electronic and micro electronics technology by incorporation of Saigol Computers (Pvt) Limited.

Having a set vision and strategic scope, Saigols set another example of diversification and expansion by incorporating Kohinoor Motor Works Limited as a joint venture with China QINGQI Group. This way they marked their presence in automobile industry in 1993 that not only benefited them but the whole nation as well.

More so, year 2007 marked the establishment of Real Estate business in Faisalabad under the name of four seasons. It is one of the greatest builders with projects offered at choice locations with all necessary amenities, while ensuring highest standards, timely delivery, and lifelong customer satisfaction.

Continuously contributing to national interest, Saigol group stands as a leading group in the industrial and commercial scene. Even after 58 years, the spirits are still alive and the frontiers still remain undefined.  With great zest and glory they have marked their presence in almost all industries and successfully contributed to the welfare of this society.

Pakistan is an economy in its nascent stage. It has tremendous growth potential as it is the 6th most populous country. The country has a dire need for energy infrastructure to develop economically. By 2030, with a conservative GDP growth the country will need to double its output of energy. In addition, per capita income has almost reached the 1500 dollar mark which is giving rise to an emerging middle class. In order to continue to serve Pakistan, the Saigol family has strategically decided to collaborate on energy generation and energy infrastructural development with the Government of Pakistan. In addition, the Saigol Group would like to capitalise on PEL- the 60 year old renowned brand- in the consumer segment market, which has a potential to grow exponentially.

Kohinoor Energy Limited was incorporated in April 1994 with an objective to take part in the prosperity of the country through power generation. KEL having paid-up capital of Rupees 1,695 million and is a joint venture of Saigols Group of Companies (a well-known multi-industrial group of Pakistan) and Toyota Tsusho Corporation (an eminent consortium of multi-industrial undertakings of Japan.) KEL is situated at 35-KM Link Manga Raiwind Road Lahore. It is one of the pioneer projects of Independent Power Producers in Pakistan. The principle activities of the Company are to own, operate and maintain a furnace oil power station with the net capacity of 124 MW (gross capacity 131.44 MW). WAPDA is the sole customer of KEL.

In 1987, the Saritow Spinning Mills and Azam textile Mills were established under the banner of Saigol group of Companies. Facilitated with the most modern and efficient Japanese and European Machinery, its knitted yarn is renowned in Far east and Europe for its finest quality.

In 1996 RED COMMUNICATION was formed to fulfill the gap in advertisement sector. To be the best in the business, RED attracted the best talent in the business and translated the core belief into a full-fledged working advertising machine. Its approach has helped transform businesses by engaging consumers and developing meaningful relationships with them. RED has expanded into the three major cities of Pakistan, and is among the fastest growing AD agencies today. In 2008, RED also became an affiliate of the Publicis Groupe. Recently RED has extended its business in Digital Sector. It has managed to score a prominent position in the industry by extensive growth through advertisement for the leading brands of the country. It has won many advertisement and reporting awards like PAS, PAA etc.

The Four Seasons – A Project Of Real Estate

Four Seasons Housing Scheme was started in 2007. It is located at Samundri Road and Canal Road Faisalabad. Its entrance is from the main Samundri Road and spans over 800 Kanals of land area with 1000 housing units of various areas.

Kohinoor Mills Limited one of the largest vertically integrated textile manufacturers, started its successful journey back in 1949. Company with its state-of-the-art facilities spread over an area of 103 acres is located at 8th KM Manga Raiwind Road near provincial capital city Lahore. The company has achieved annual sales of US$ 140 million to customers based in Americas, Europe, Africa, Australia and Asia.